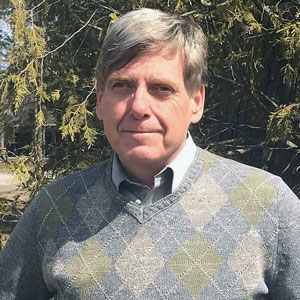 Rev. Rob Smith joined the Regional Council staff on May 1st of this year as a congregational support minister for the western part of our region. Rob now serves full-time for the region in Thunder Bay. Rob moved to Thunder Bay in 2016 after spending thirty-years on the west coast. He was born and raised in Beamsville, Ontario and wasn’t quite ready to move back to southern Ontario. He is a graduate of Fresno Pacific Biblical Seminary in Fresno, California and Vancouver School of Theology. He was ordained in the United Church of Canada in 2007 and settled to the Bella Coola Pastoral Charge on the coast of British Columbia where he had been a social worker. He brings a passion for renewing our sense of mission as communities of faith and our call to living into right relations with Indigenous people. He cares for his mom and shares a home with two cats who have followed him from Bella Coola; Rusty and Yoda.

< Back to All Staff